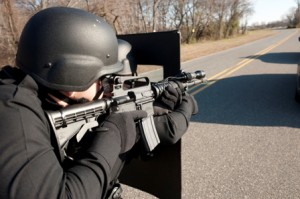 4/23: A Woolwich Twp. woman reported that her iPhone 4 valued at $400 was stolen when left unattended at the Gloucester

County Library on Beckett Road. The phone was entered NCIC in an effort to facilitate its recovery.

4/24: Officers arrested a 33 y/o Wenonah man for being wanted (NCIC Hit) out of Salem County following a Center Square Road vehicle stop. He was processed and turned over to Salem County Sheriffs.

4/25: A Woolwich Twp. woman’s car was burglarized while she patronized the Super Fitness on Beckett Road. The perpetrator broke out her passenger side window and removed a purse containing cash, credit cards, and personal identifiers.

4/25: A Logan man reported that he was defrauded out of $3,000 following a business agreement with an acquaintance. Investigators are attempting to identify the accused, and charges may be forthcoming.

4/26: Officers arrested a 31 y/o Logan man on multiple warrants following a motor vehicle complaint on Rt. 322. He was processed and remanded to the Salem County Jail in default of $4500 bail.

4/28: Police charged a 23 y/o Maine man with DWI following a vehicle stop on Heron Drive. He was processed and released pending court.

4/28: A Pilesgrove woman reported that someone stole her purse while she was working at the Holiday Inn on Pureland Drive. The purse contained cash as well as various credit and debit cards. Police have identified a person of interest, and complaints may be pending.

4/28: Police arrested a 22 y/o Woolwich man on multiple warrants following a vehicle stop. He was remanded to the Salem County Jail in default of $3500.

4/28: Officers investigated the theft of $4,900 in cash from a business on High Hill Road.

4/29: Police arrested two Delaware men on outstanding warrants following an officer’s observation of suspicious activity at the Wawa. The men were processed and released on their own recognizance.

4/30: Police investigated a daytime burglary and theft from an unsecured residence on Pedricktown Road.

4/30: Investigators charged a 49 y/o Ewing woman with theft and credit card fraud following an investigation in which a Logan woman’s credit card was compromised. The accused was processed and remanded to the Mercer County Jail on related charges stemming from multiple jurisdictions.

5/1: Police investigated an overnight residential burglary on Stirrup Road in which entry was gained by forcing open a 1st floor window. The homeowner reported cash and other valuables were stolen from within.